It’s December, which means Christmas, which means one thing. Remembering things fondly that weren’t actually that good in the first place. So we’ll be doing that this week here, too.

Remember when I used to visit football grounds at night, when it was dark, so all you had were a couple of ropy photographs of a sign, and very limited commentary on the ground itself? Welcome to Northallerton!

Annoyingly it looks like a very decent little ground, so rest assured I’ll be back here during daylight at some point to report on it. But a few “private property” signs put me off any late night exploring. 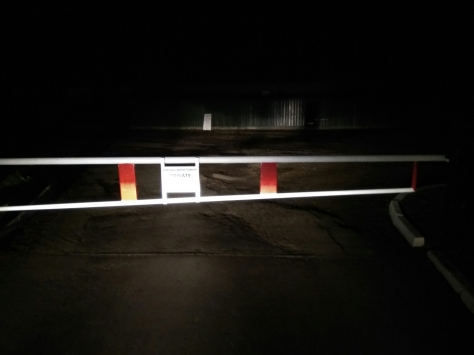 Certainly the photos I’ve looked at of it during daylight hours make me think this has potential though. So while you’re sat trying to pretend you’re enjoying roasted chestnuts, strawberry cream and a dreadful festive film, just think that one day I’ll show you this ground properly!

My book isn’t at all festive but is absolutely the perfect Christmas gift. You can buy it here.

​Due to a family emergency before having to set straight off for a gig in beautiful Matlock tonight, you very nearly didn’t get a blog. Then I remembered a day out watching North Shields play at the beginning of the season.

I’d visited Shields’ ground a while ago then lost the photos, so it’s nice to add a new destination to the blog. I’ll cover the ground properly at some point in the future, this visit was to watch a game rather than stadium tourism.

It’s a nice little Northern League ground, with two stands on either sideline. Small, but they do a job, and there’s plenty of standing too which is a good job due to their impressive sized gates.

The seating consists of old-school wooden benches, which get good plus points. Negatives were some sort of tasteless ale at half time, served in a bottle without any label on. And seats in the gents toilet? No idea whether that’s quirky enough for a thumbs up or weird enough for a thumbs down.

Either way, we’ll cover it properly quite soon, I just didn’t want you to go without. But it’s a canny ground a nice little day out. 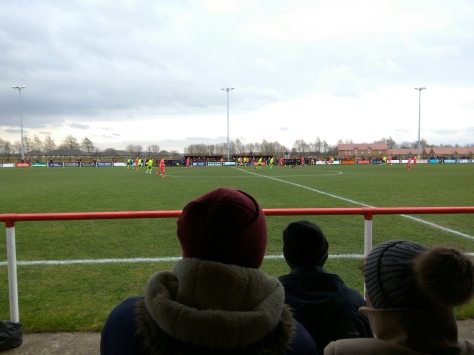 My book is still available from the usual outlets. By which I mean Amazon, by clicking here.