God, I can already hear your whiny incessant voice knowing away at me. “Oooh, Andy, claim you know your football grounds do you? Strange how you don’t even know the proper name for this one.”

Yeah, strange that, isn’t it? Really odd. Or maybe, just maybe, because this ground was known for ten years since opening in 1994, that it’s just lodged in my mind that it’ll always be known as the McAlpine Stadium. Just like Bolton’s home will always be the Reebok.

Annoyingly I visited this incredibly late at night, making it tough to make much out. Comedian John Scott was a barely-interested guest, I think he largely used it as an excuse to get out of the car and have a fag, but you take what you can. Carl Hutchison couldn’t have cared less when we visited Matlock Town. So a thumbs up to John for at least getting out of the car. 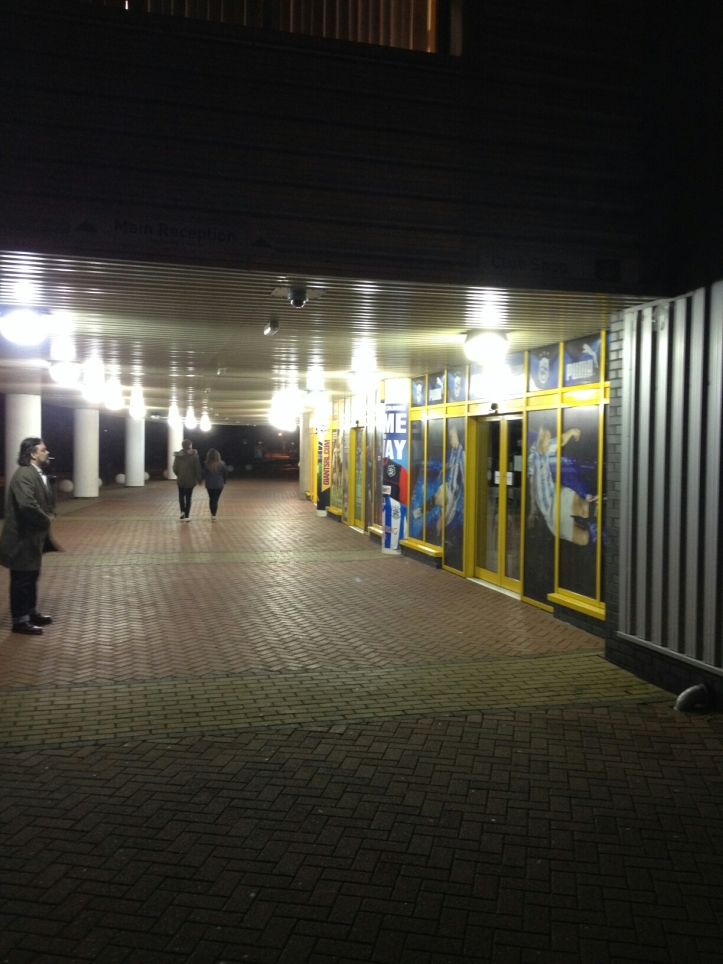 This is a magnificent structure in daylight though. I’ve nicked a picture just so you can see. It’s very much one of a kind and even though it spent four years with just three sides, that made it even more of a one off in my mind.

Hopefully I’ll get to come back and visit during daylight, but regardless, this is a must-see addition on your football ground travels. 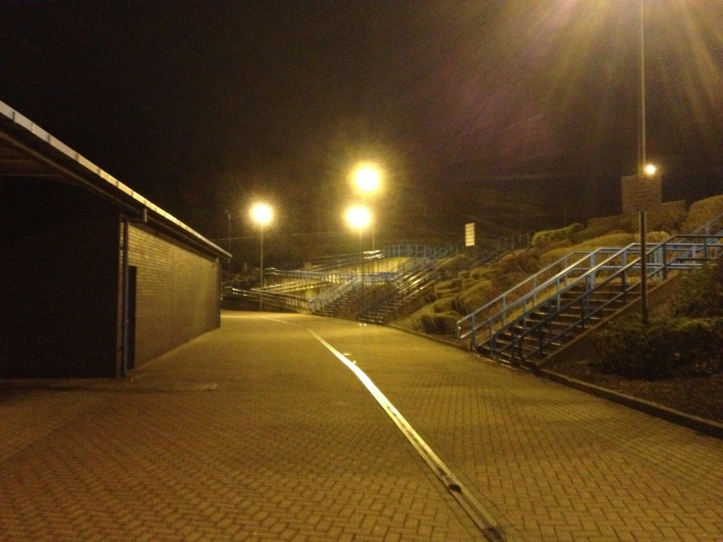 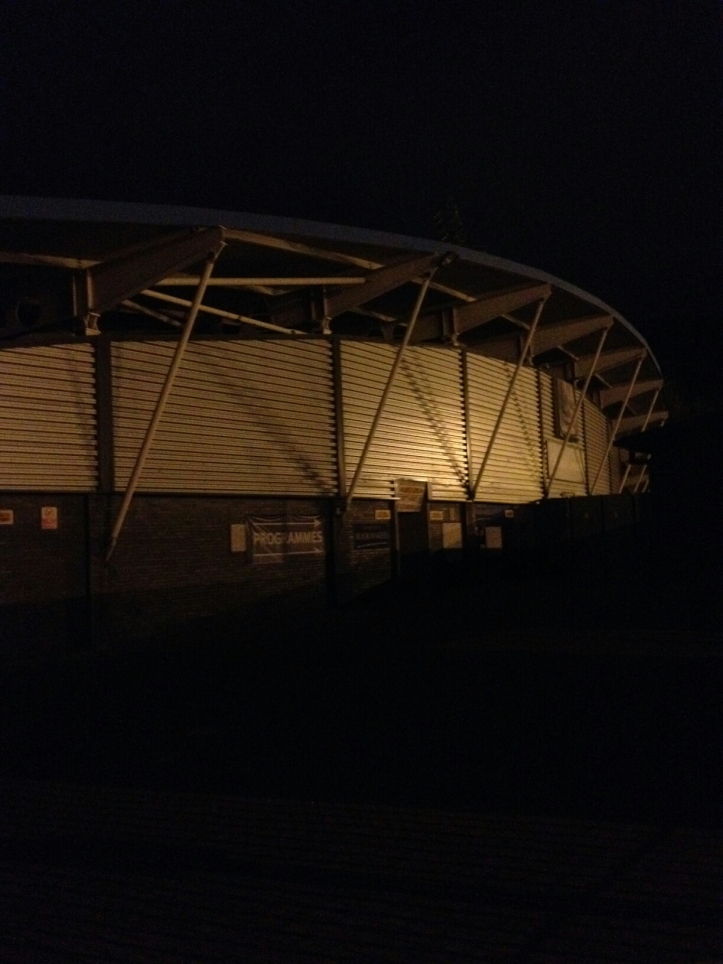 Look, it’s getting awkward now. Could you at least try my book? Please? Thanks.