I’m going to stick my neck out and say well done to Chesterfield on this one. It’s a bland new football stadium but they’ve done enough with it to score a decent amount of marks from me. 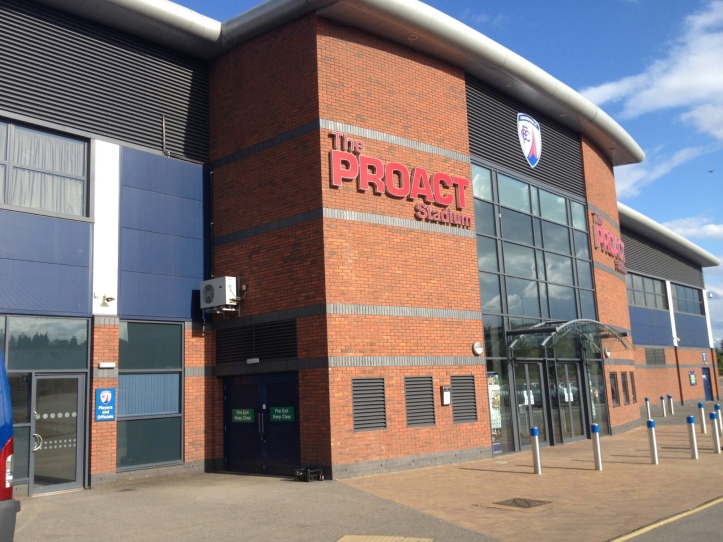 Saltergate was a magnificent old ground and the move to somewhere that has only ever been known by its sponsor’s name was a sad if necessary move for Chesterfield.

Since my visit the club have opened a memorial garden, dedicated to players who’ve served in the war as well as fans and players who have also passed, and I’d certainly suggest that will add a little personality to the place.

I’d also guess that since my visit, the club have also moved the skip that was simply labelled as “grass”. I’ve no idea why it tickled me so much, but I think the sign was the most curious thing I noted. Unless it was where an informant had been dumped rather than some cuttings.

There was also a weird amount of bins sat in the car park. No idea why, and it didn’t ruin anything for me. If anything, it may be a new category worth us adding to the football ground awards ceremony (ticket info will soon be avilable for this).

One slight bone of contention – I’m not a big fan of “walls of fame”. I think that’s the right plural. Wall of fames definitely doesn’t seem right. Anyway, on Chesterfield’s, I noticed this. 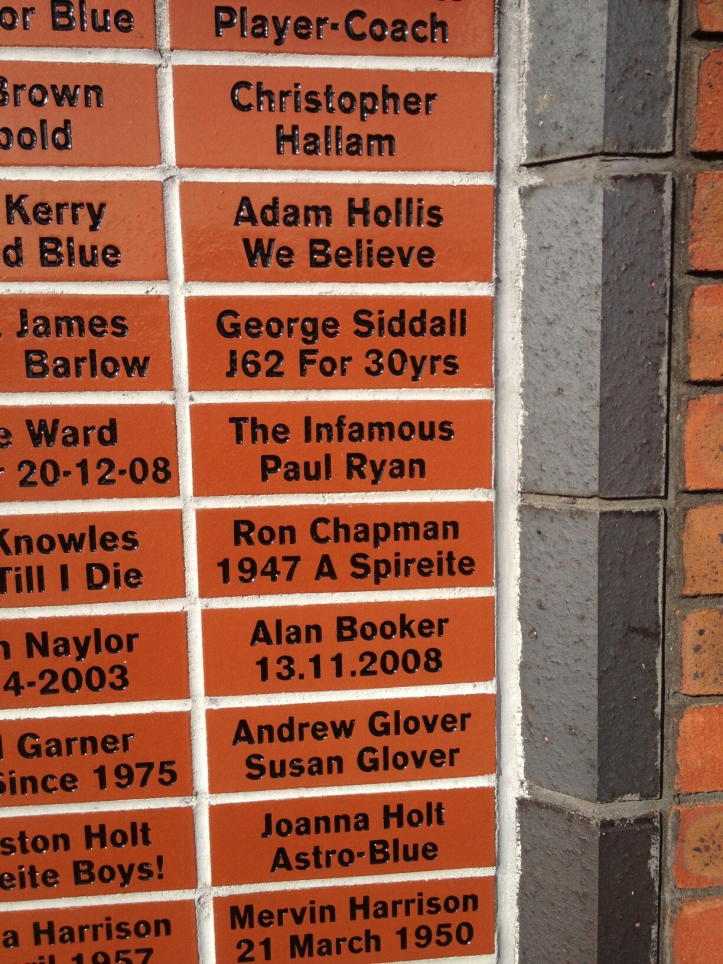 I’m sorry Paul Ryan, but unless you’re genuinely infamous, in which case I’d suggest the club remove your brick, don’t you make yourself out to be some sort of weird badass. We’ll decide if you’re proper gangster, and we’ve just voted no. 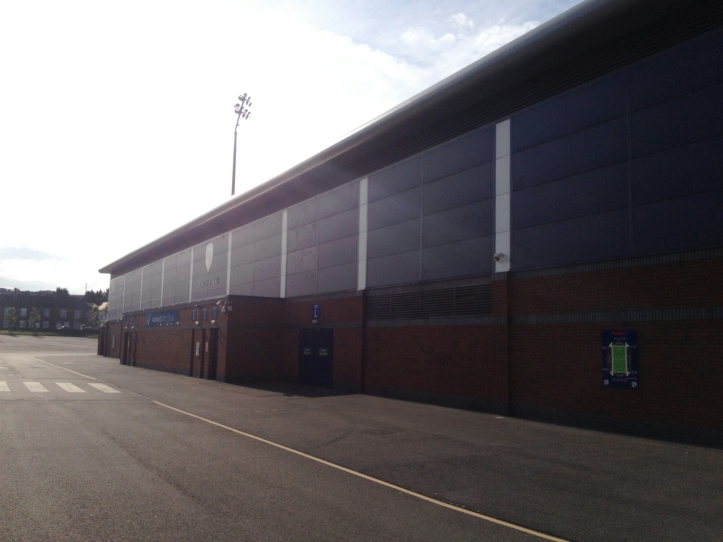 Thankfully we’ve voted yes to The ProAct Stadium being a badass. Actually, I’ve just read that sentence back to myself and I’m starting to change my mind… 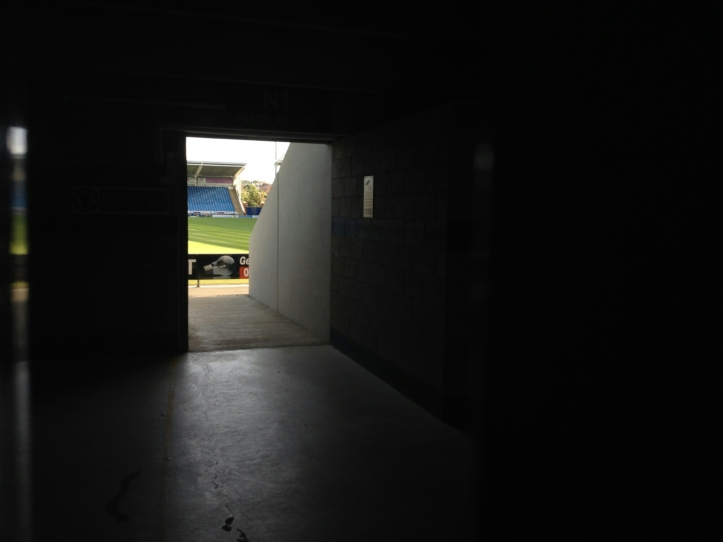 My book is most definitely badass and you can buy it by clicking here. Thanks!