People often ask me my favourite ground since I’ve been doing this blog (Tinto Park), and my worst. That would probably have to be Anfield for reasons that are quite clear if you read my write up. But North Street joins the ranks of stadiums I simply can’t recommend. But I should probably explain.

This is the second time I’ve been to Alfreton. The first time was for a gig in a snooker hall. It was badly ran, poorly attended and I died on my arse. As did the act after me. And I’ll be honest with you – I’ve hated Alfreton ever since then.

Whenever I see that the football team have been beaten it makes me feel happy. In fact, I once relegated them with a 5-0 victory on a game of Football Manager. I honestly think I was happier than the night I lost my virginity.

So I’m biased against this ground. Annoyingly, it’s bloody lovely. There was a game taking place whilst I visited, and it’s possible to peak inside from a nearby hill. But I still hated it.

Even the picturesque sight of two children trying to grab a glimpse from the comfort of their bicycles couldn’t turn me. Memories of those swathes of silence after each punchline just made the whole thing worse.

So, let’s examine the checklist North Street needs to score high marks from me. Big open terraces? Check. Nice little stands? Check. Very old school looking? Check. Easy to see inside? Check. And as for the negatives… Is it in Alfreton? Check.  And so for that reason, and that ridiculously biased reason alone, it’s a big fat no from me for this place. 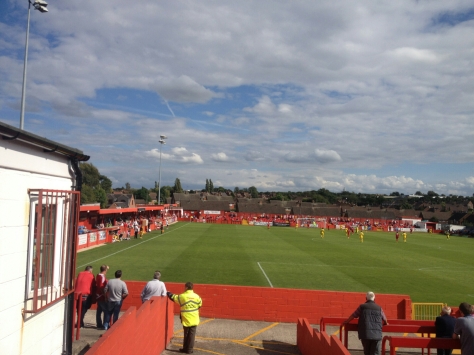 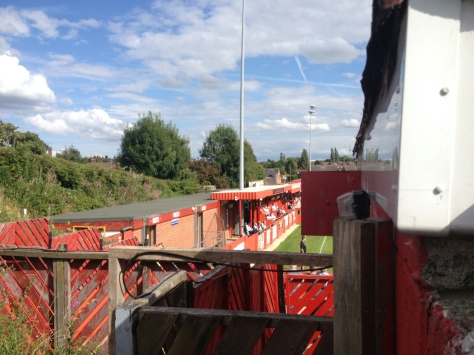 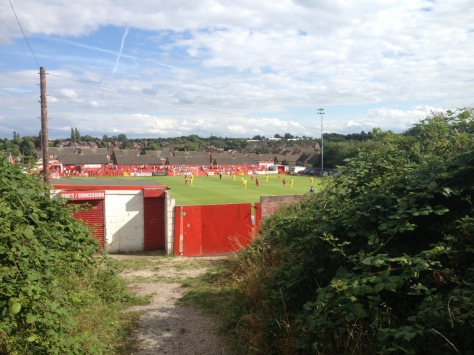 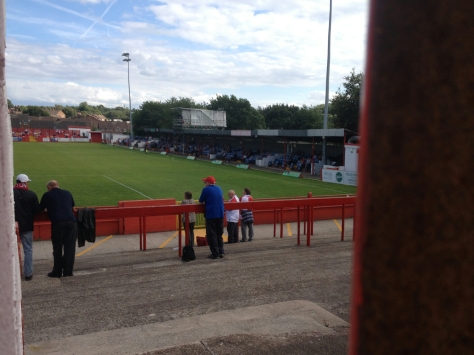 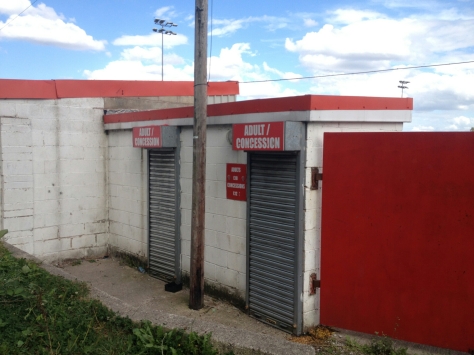 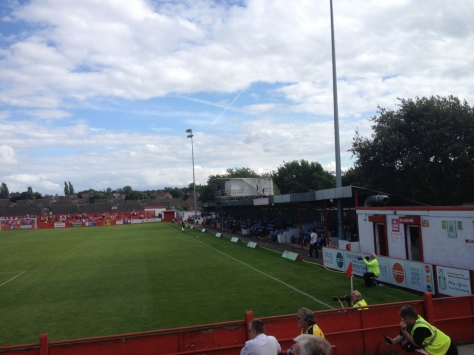 ——-
Woodhorn Lane Update
As for the checklist for Woodhorn Lane, we’re just about there. The car park looks pretty much finished now, and I’m not sure if I’ve managed to show you the club’s badge on the side of the stand, which looks very smart. And it’s not in Alfreton. Bonus! 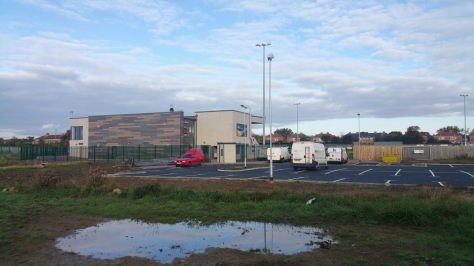 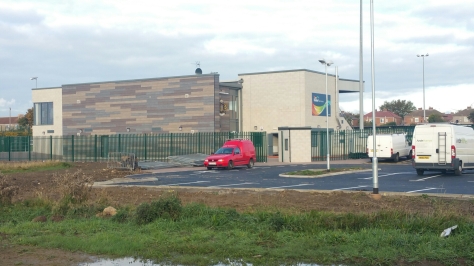 Fed up of my tedious hatred of Alfreton? Well you’re in luck, because my book doesn’t have any in it!