With Boro being Wembley-bound if they beat Brentford tonight, it seemed a great chance to celebrate their fantastic season by featuring them this week. 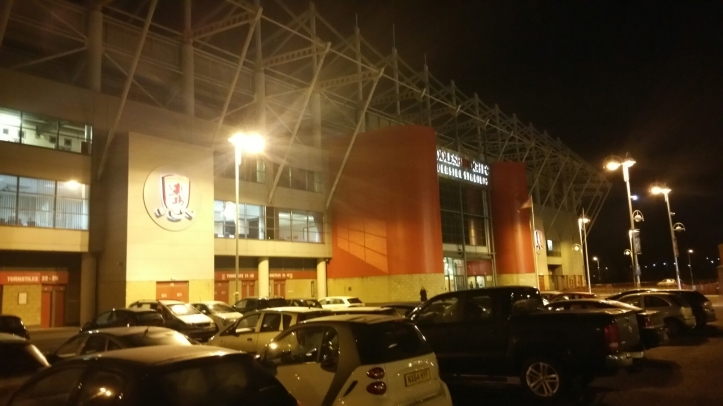 I passed the Riverside a few months back and there’s no doubting it’s impressive. I think my favourite bit is the two giant red pillars at the front of the main stand. I’m not entirely sure why they’re there, but as the rest of the stadium is like many other new builds, it helps it stand out and give it some identity.

That’s not any sort of slur either. There’s plenty to enjoy about the Riverside. They’ve rescued the gates from Ayresome Park, their former home, which stands alongside statues of former players Wilf Mannion and George Hardwick. 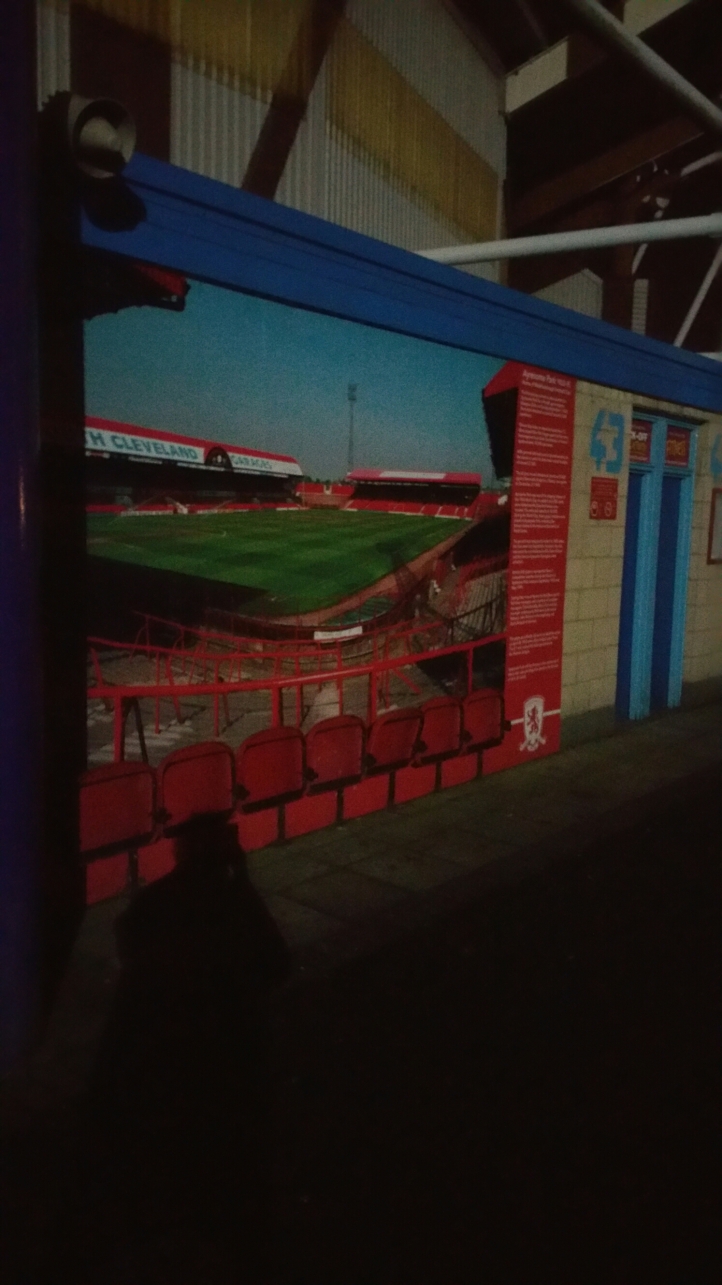 Another nod to the past includes a giant picture of Ayresome Park outside the turnstiles. I was a bit disappointed the seats in front aren’t originals from their previous ground, but I guess they’d end up in someone’s garden quite quickly if they were.

There’s not much else to write home about the stadium really though. One side, the one closest to the river, is plunged into darkness at night, but the rest is pretty visible. There’s also the occasional crack that you can peak inside of too. Obviously there’s not much to see at night but it scores points for daytime visitors. 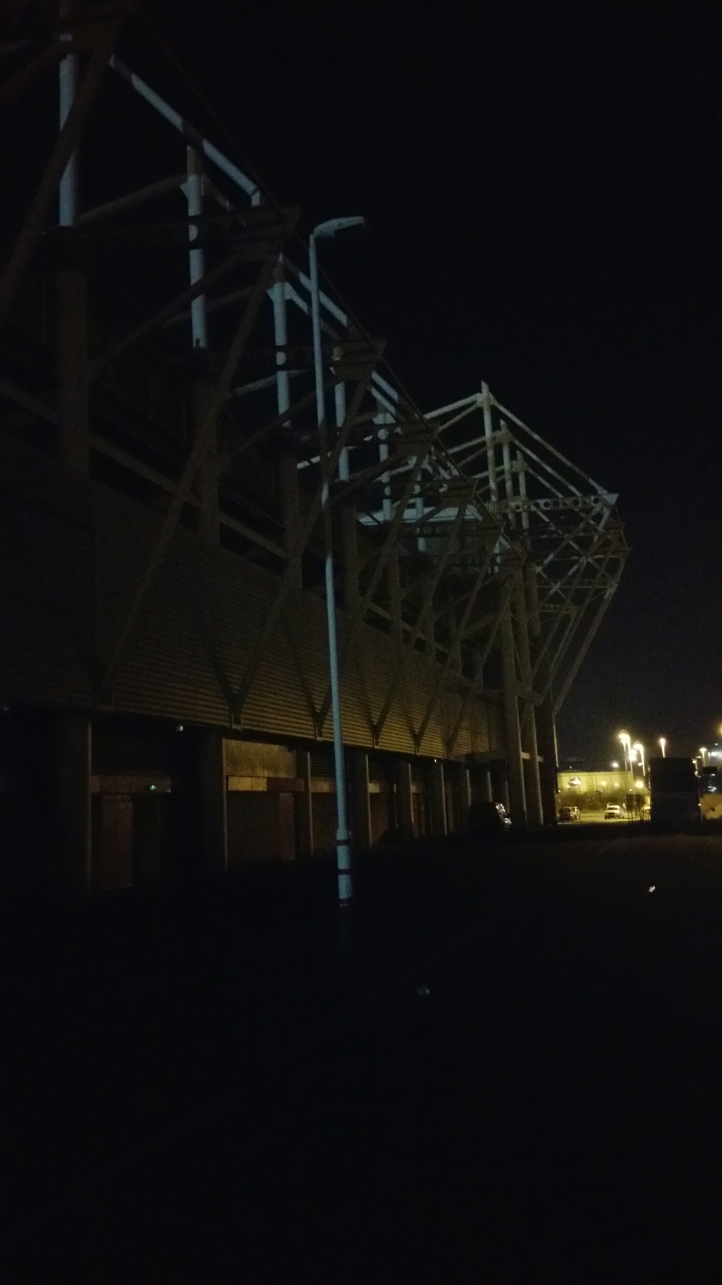 And that’s just about that, really. A worthy footnote is that the stadium has also been used by England when the national side were without a home, and it also staged a home game for Gateshead FC last season when their stadium was permanently waterlogged.

So points scored for nice displays outside, being able to see inside, easy access, a bit of history but not too cluttered, and some interesting stuff on the walls. I’d say it’s worth a visit. 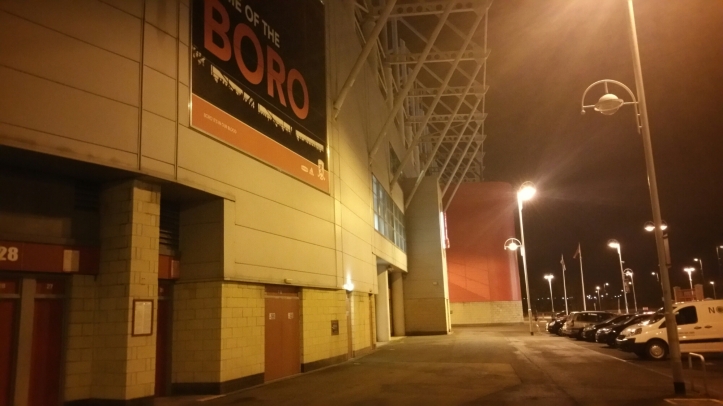 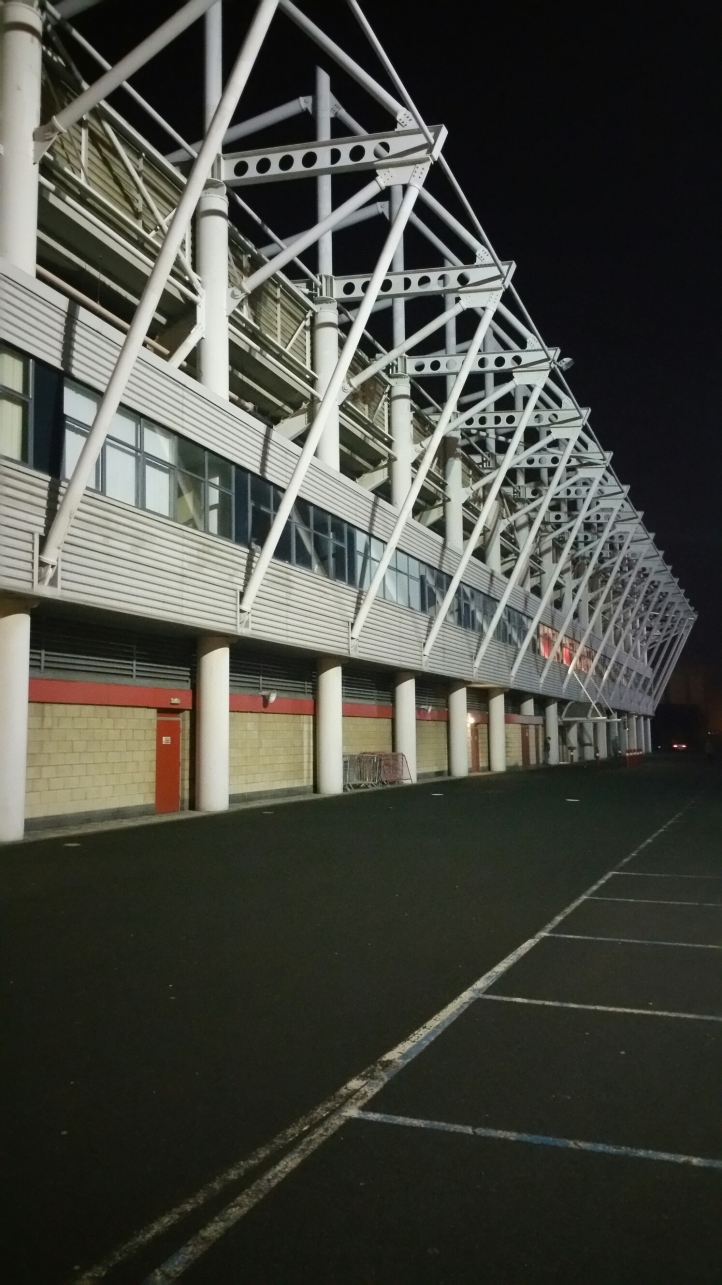 Woodhorn Lane Update
I promised a different view this week and boy have I delivered! Hopefully this will satisfy you. 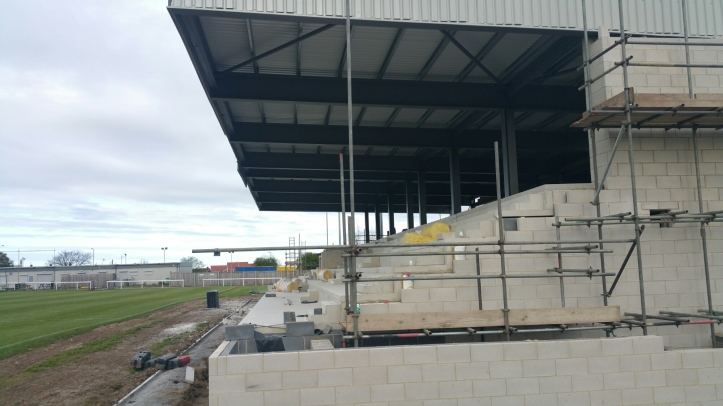 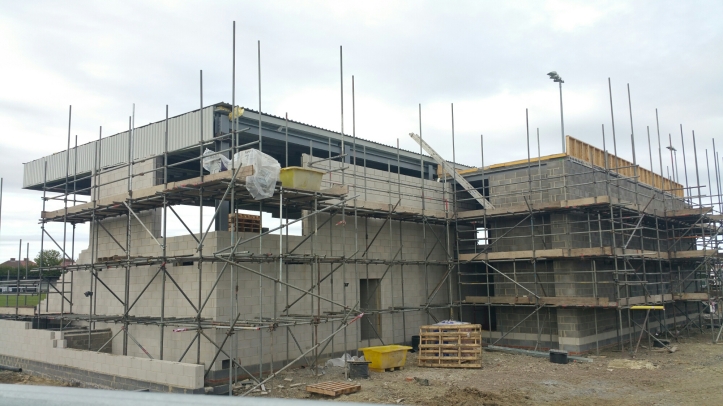