In over 100 grounds covered so far on our little blog, this becomes the third stadium of a select group, I’ll give you the time it takes to scroll past the first photograph to guess what it is.

Yep, that’s right. It’s the third time we’ve featured a building that isn’t a football stadium! Admittedly it has a very different feel to the previous two. Worcestershire County Cricket Club was in the very formative days of the blog and Arsenal’s former home Highbury still stands but has been converted into housing.

Whereas this ground still stands, looking pretty much exactly the same as when it was home to Darlington Football Club. The stadium was the brainchild, in the loosest sense of the word, of former chairman George Reynolds. Despite average crowds of around 4,000 at Feetham, Reynolds moved them to their new 25,000 capacity stadium in 2003.

It was a disastrous move as Reynolds was unpopular, the team were struggling and the ground was a long way out of town. Crowds dwindled to an average of 2,000 before the club folded, moved out of the stadium and started again in 2012. 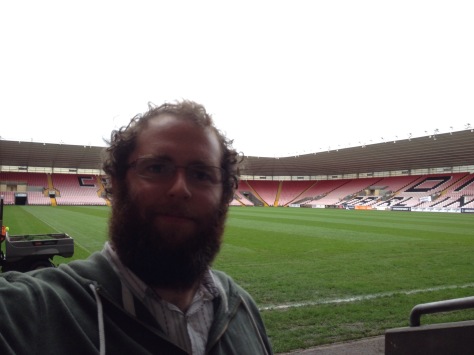 The ground would have sat empty but Mowden Park rugby club bought it and so it still serves a function, even if the ground is unlikely to ever reach somewhere approaching capacity.

For the casual tourist it’s an interesting visit. There’s no doubt it is a great stadium, and a side door was open when we visited allowing a peak inside. But even without that it’s worthwhile and its history alone makes it a very worthy inclusion on this list. 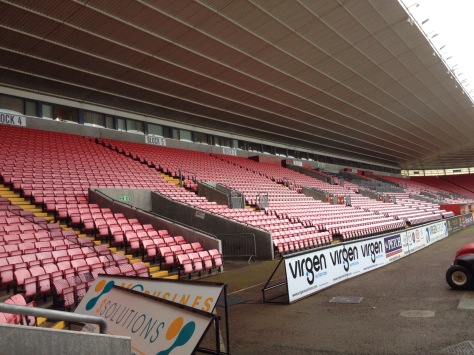 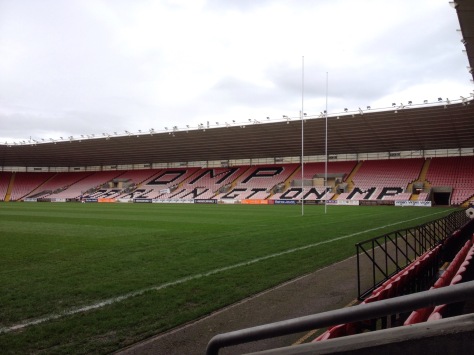 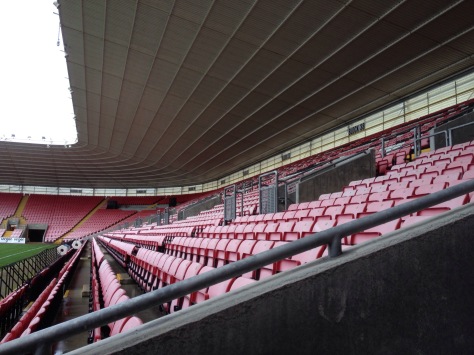 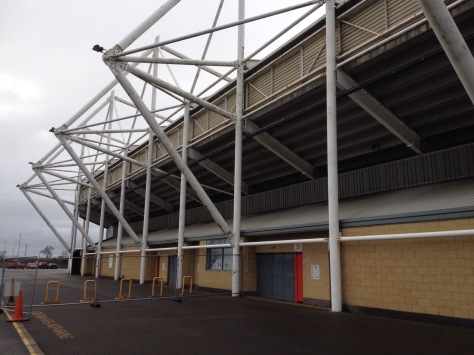