This will go down as one of the worst grounds on our journey for a variety of reasons. Mainly, in a dramatic twist, as it was Lee’s last. It’s like an episode of Heartbeat at times, this little blog. A phone call from home as we pulled into the club car park resulted in him needing to head back to the North East, meaning it was a solo flight around the rest of the grounds.

Also, nobody from the club had gotten back to us about us having a look around. I know that’s not necessarily the point of this blog, but considering the hospitality that the likes of Newtongrange Star and Musselburgh Athletic had shown, it was a bit of a let down. Even someone from Hampden Park had got back to us to say we could pop in when we reached Glasgow!

There’s also not a great deal can be seen from the outside anyway. You can climb up a wall outside New Dundas Park and see a little bit inside, but not loads, and the stands aren’t that much to look at externally either. Its only real saving grace is the club’s name – Bonnyrigg Rose Athletic is probably the most Scottish moniker in all of football, including Boca Juniors. No, I didn’t get that one either. 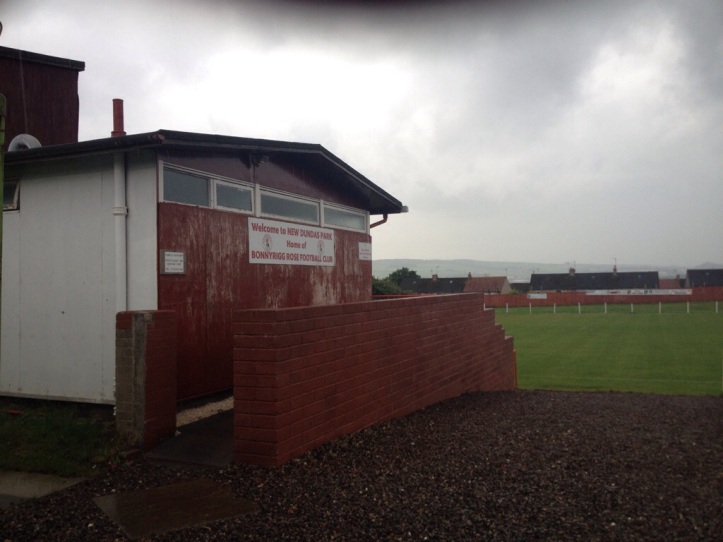 Sticking a camera over the wall means it’s possible to give you an idea what it’s like as a ground – a crumbling but quaint little corner to catch a game. And I’m undecided if goals on wheels are a point gained or point lost.

Truth be told, due to Lee having to sack the adventure off whilst here it was never going to win it any favours, but even looking back at pictures of the ground later on it didn’t do much to impress. 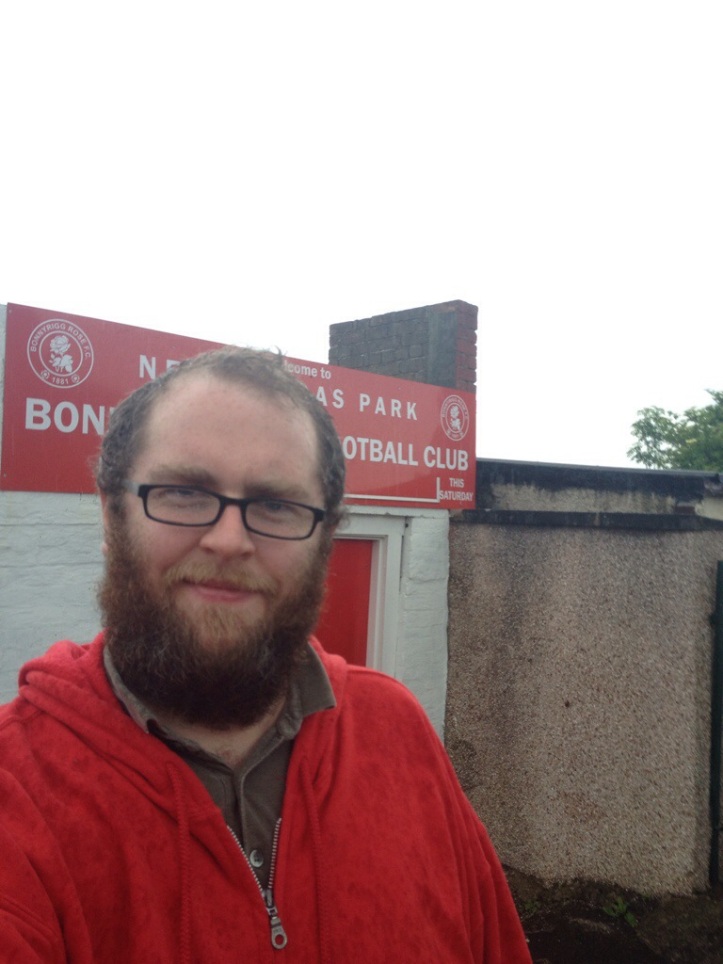 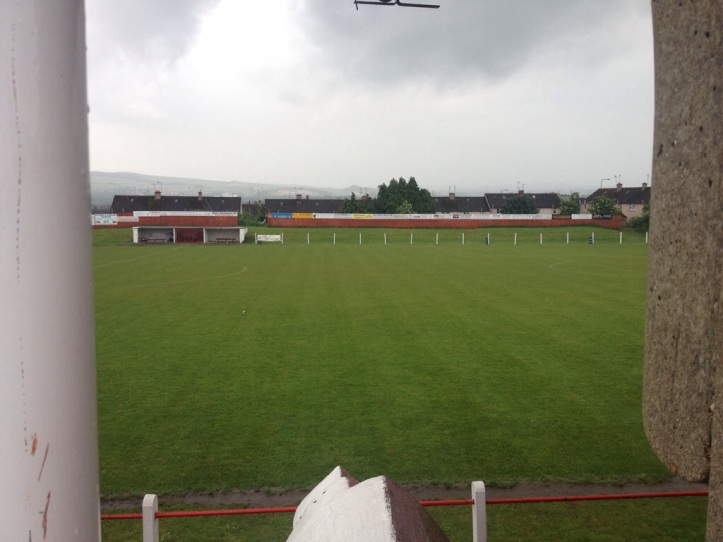