The second instalment of our mediocre Scottish marathon involved New Countess Park, home of another Scottish junior side, Dunbar United.

The ground is relatively new, having opened in 2001. In fact, only a railway line separates them from the school that has appeared in place of their former home. And yes, obviously there’s bonus points for being so close to a railway line. 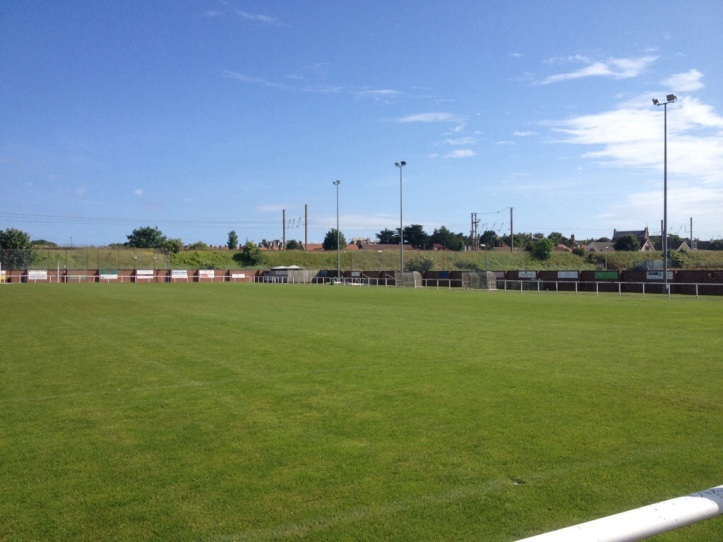 Bonus points also go out to the ground that is the closest to a long jump pit in the United Kingdom. There appear to be no other athletic facilities nearby so it makes a welcome if not unusual addition. And yes I’m aware it might actually be a triple jump pit. 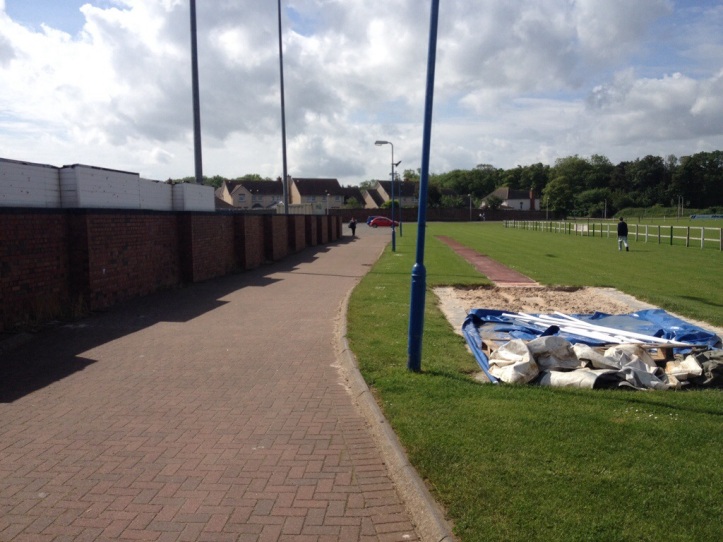 In terms of what there is to see, the answer is both little and lots. There is a fence that you can peak over, but there’s not an awful lot to look at inside. There are two towers, one that contains the club’s PA announcer and another that houses a turnstile. 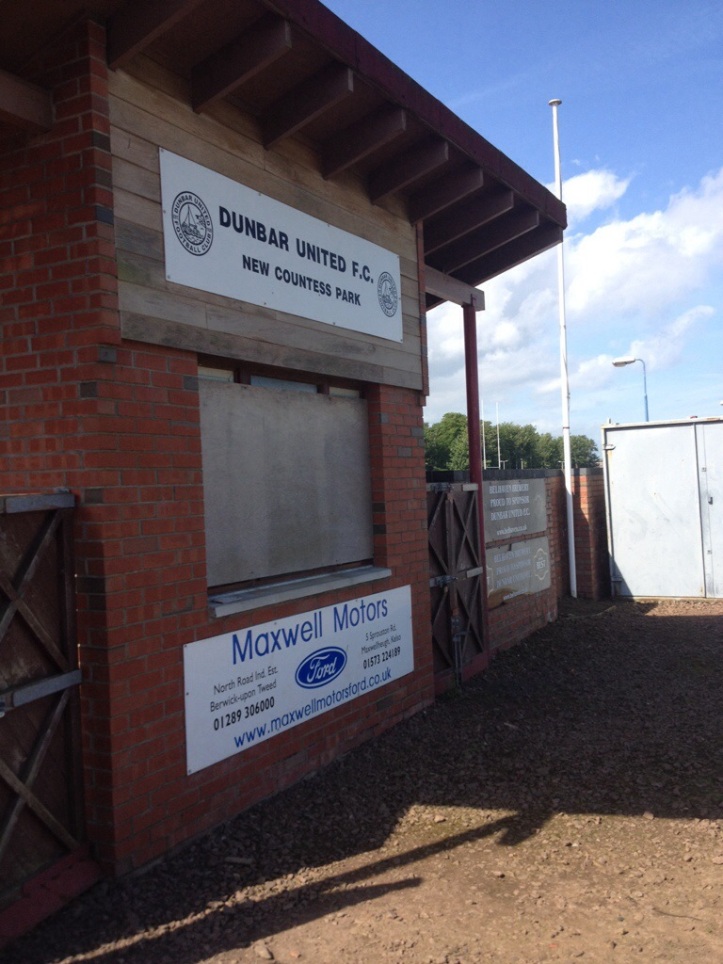 Perhaps the main attraction is the stand covering one side of the ground, by which I mean plastic covering. It’s such a half-arsed yet charming structure that, coupled with a park bench in front of it for those wishing to sit down, it’s impossible not to like.

The set up at Dunbar is terrific though – the pitch appeared in perfect condition and the ground also houses community facilities as well. It’s a shame there’s not much to really see, but it was a welcome addition to our trek. 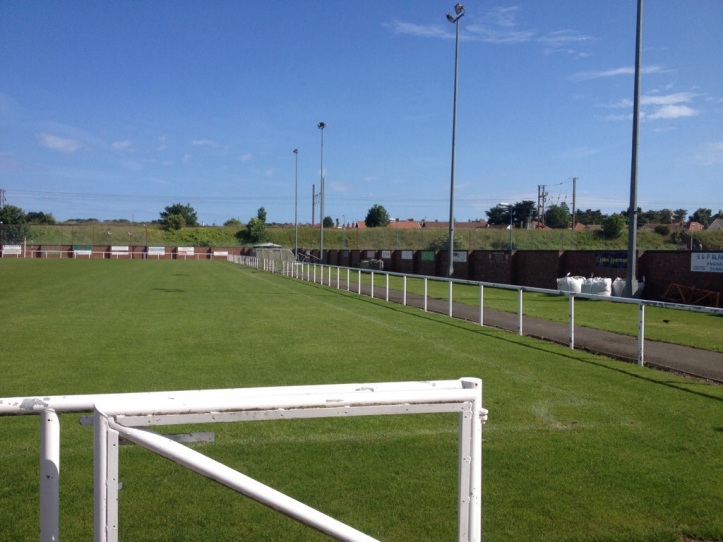 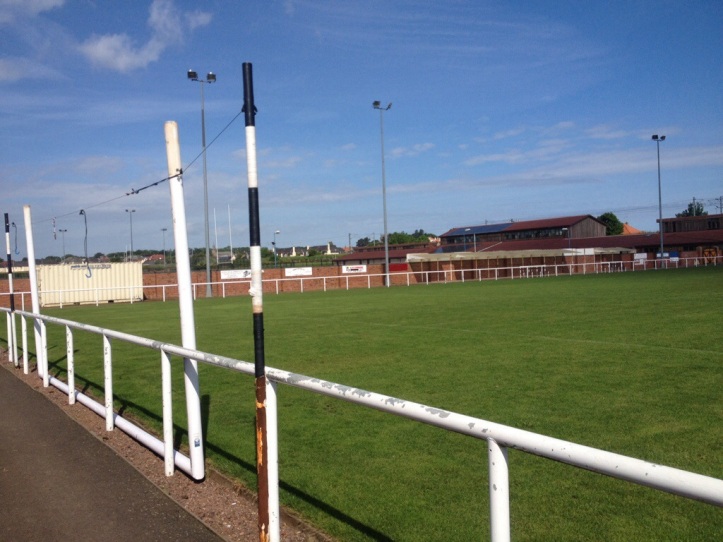 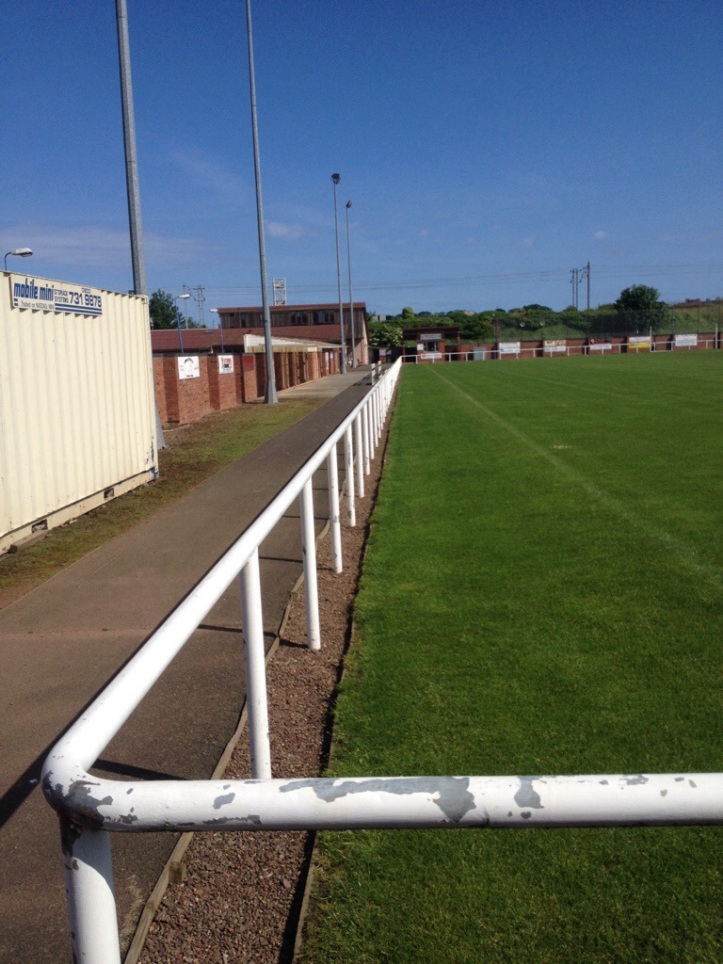 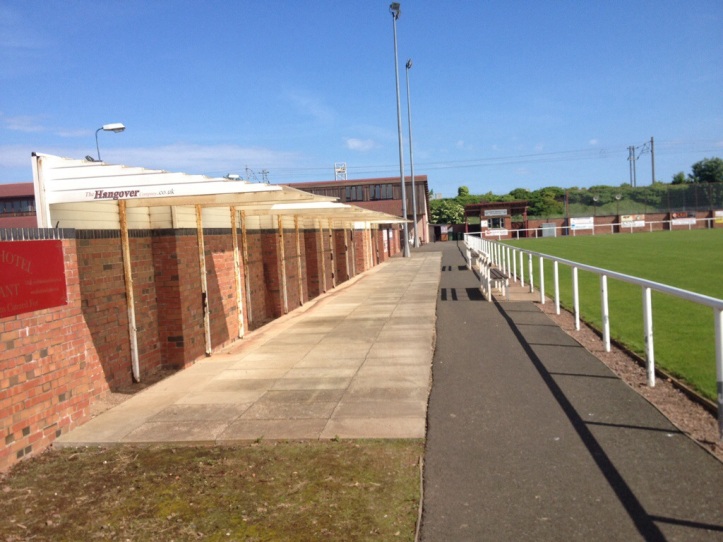 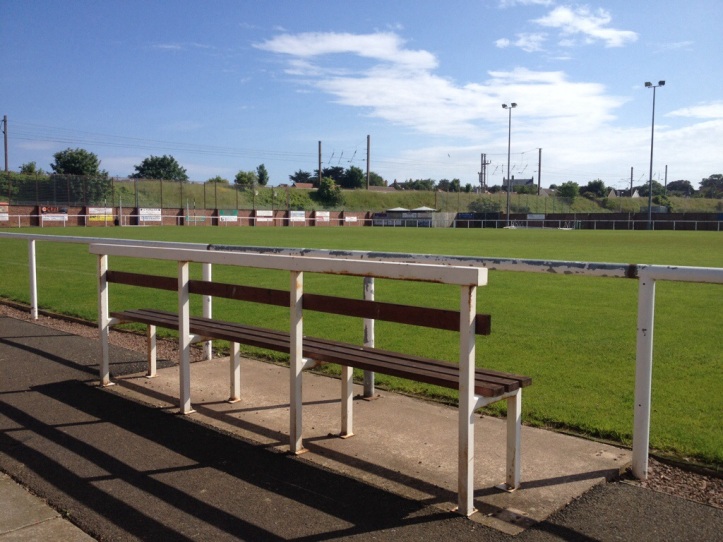 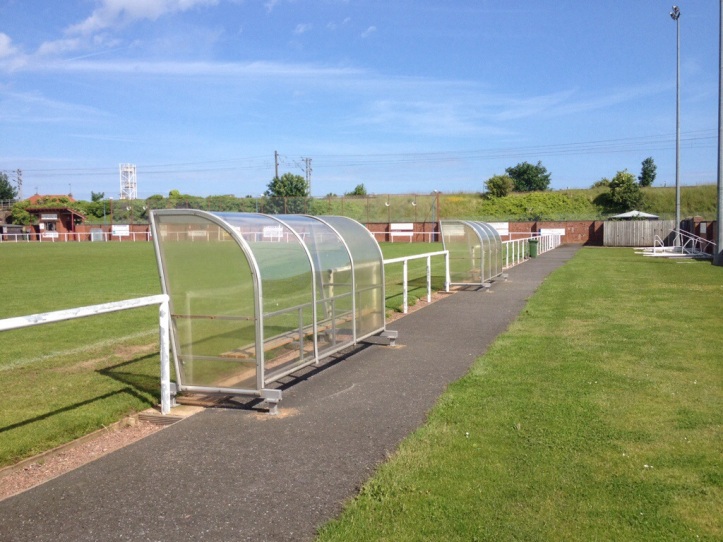