This is a tough one to rate as a tourist. It’s a terrific ground in a wonderful setting but there’s not enough of it to see from the outside.

Set on the banks of the River Thames, Craven Cottage also borders the wonderful Bishop’s Park and it makes for an almost surreal football ground in the middle of leafy London. It’s also right under Heathrow’s flight path, so when you’re not surrounded by lush greenery you can geek out at the low-flying aircraft. But that’s not to take away from what there is to look at here.

One stand backs onto the park, which makes it difficult to look at a lot of it, with Fulham’s main stand being a gorgeous Victorian-looking building from the outside, but also very little like a football stand.

There is the sight of the famous Craven Cottage, as well as the Johnny Hayes statue (they’d demolished the bizarre Michael Jackson statue a week before I visited) which make it a nice and unusual place to visit.

It must also be one of the few grounds I’ve encountered with a dog bowl outside to cater for any four-legged ground hoppers. I didn’t have mine with me but it’s a lovely touch.

Moving round and there’s not a lot else to see. Another stand obscured by a park wall as the riverside walk continues and the river itself means you can’t walk behind the fourth stand. There are some of the narrowest turnstiles I’ve seen to date as well as weird ticket office windows, but what you can see from the outside is enjoyable. It’s just a shame the last stand is inaccessible really.

It means it’s a really tough one to rank from the outside. Not loads to see, but it’s in such great surrounds that it’s almost impossible not to be happy just being there. 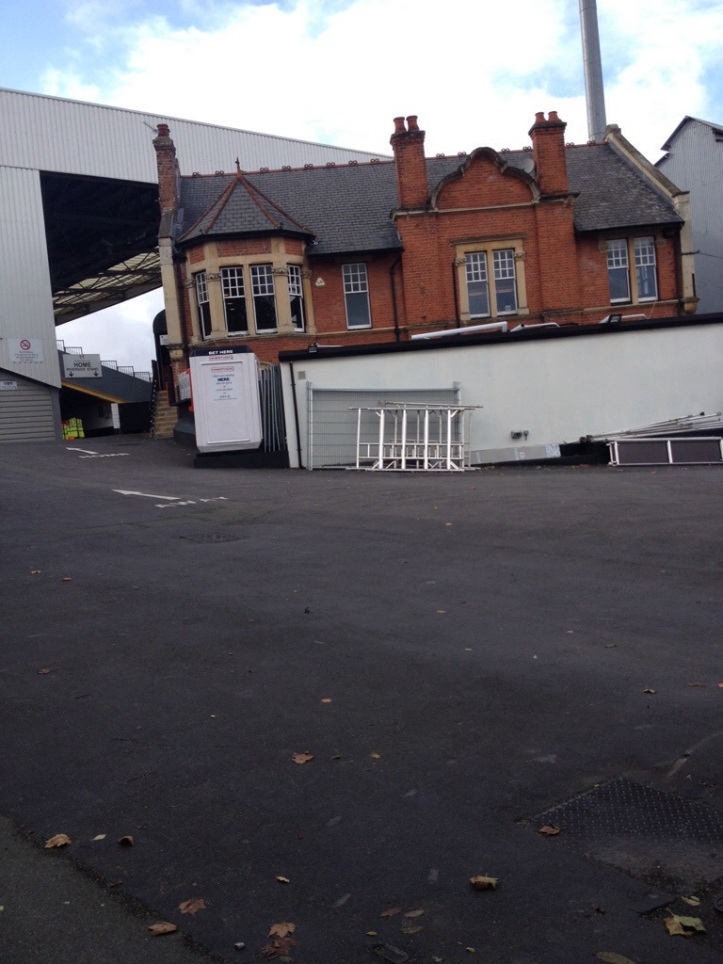 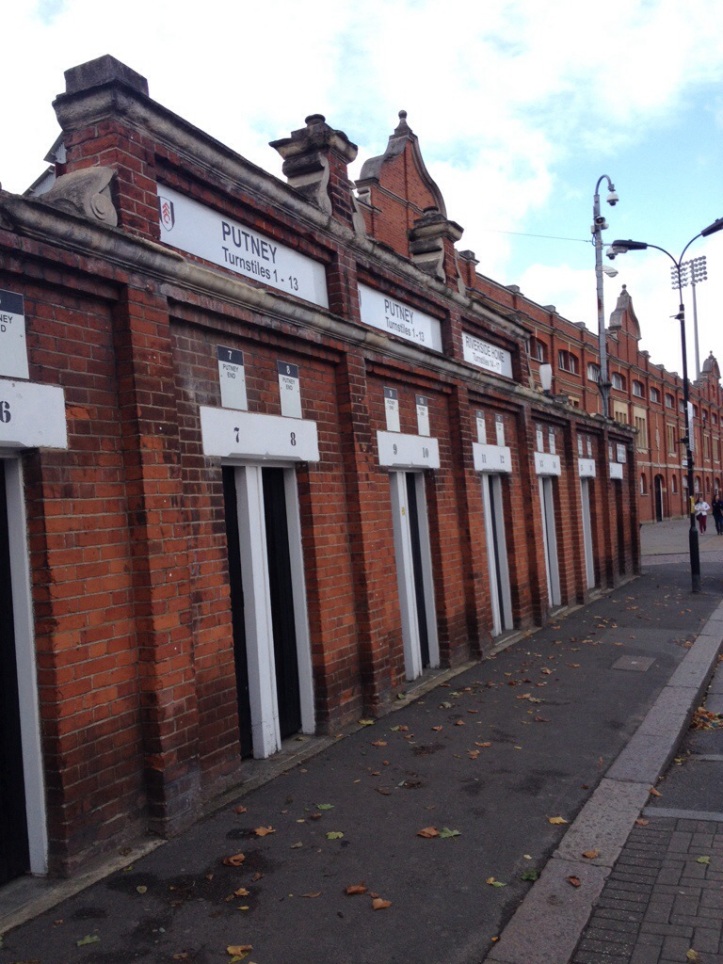 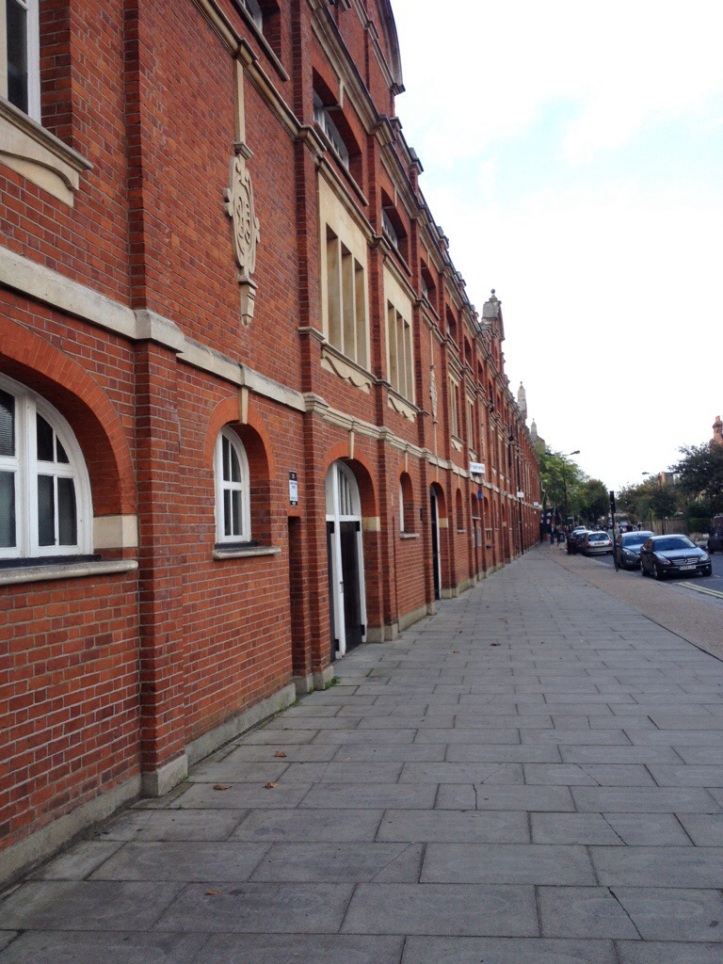 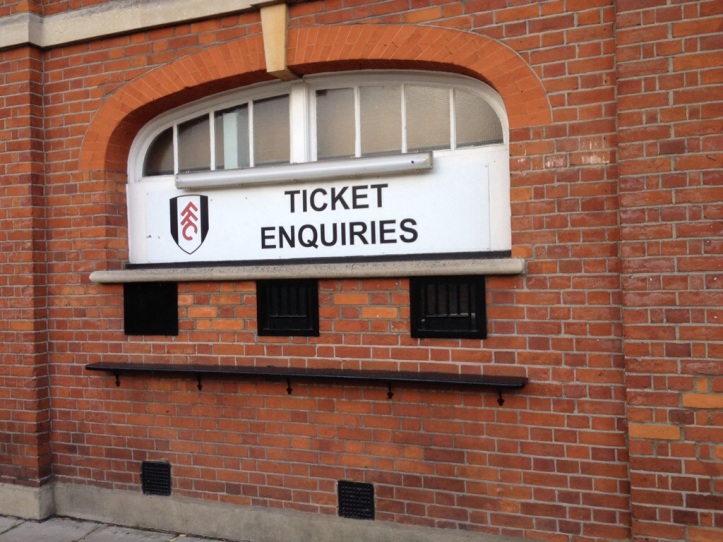 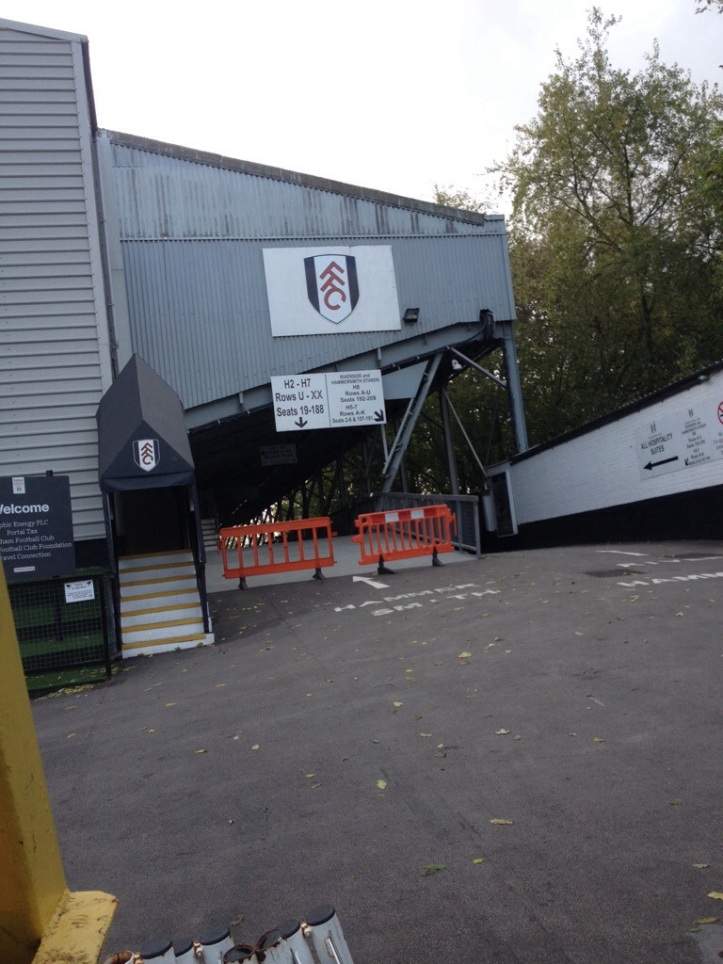 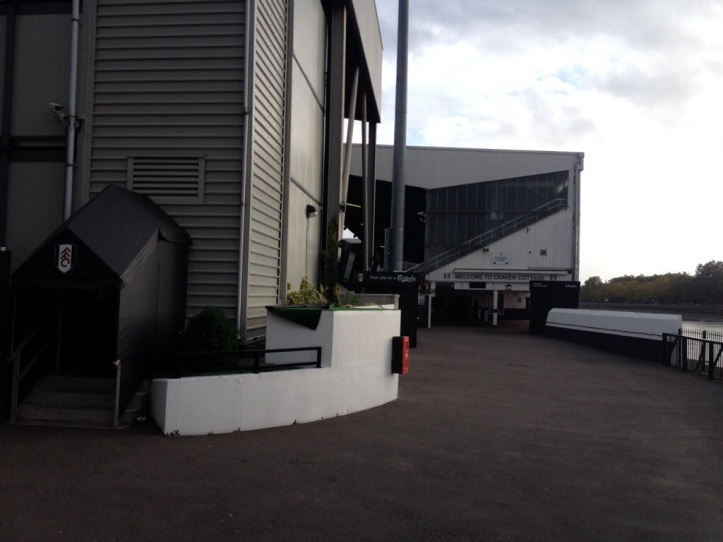