Yes, I know. And if you don’t know, you shouldn’t be reading this blog. The Checkatrade.com Stadium. It’s a lovely little venue but what’s wrong with calling it Broadfield Stadium? 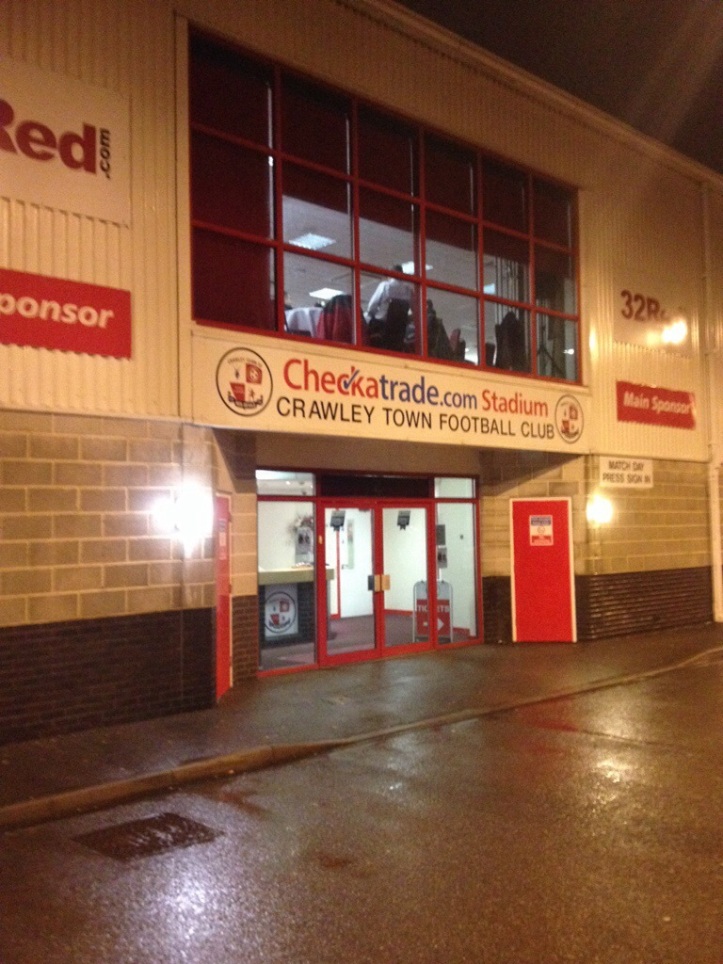 Obviously money is a massive factor especially at this level, so you can’t really blame clubs for squeezing every bit of cash available, but it’s not great for us romantics. It is, was, and always will be The Broadfield Stadium. Not the stupid.com arena.

The Checkatrade, for want of a better abbreviation, is one of the newer grounds we’ve reviewed here, having been built back in 1997. It feels like its still to fully develop its own character, but it’s getting there. 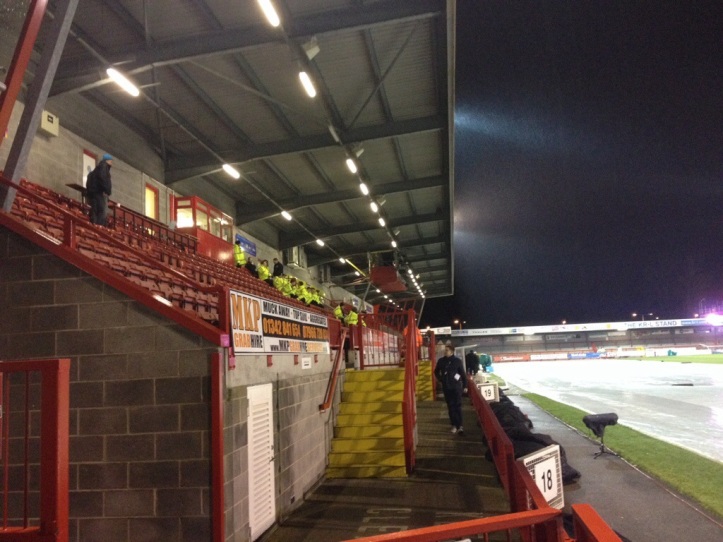 Banners hang behind the home end, and it has a lived in feel with some top supporters making it a homely place to watch a game. The Smith and Western Stand was purchased from Brighton’s Withdean Stadium and while it’s a reasonably unattractive side of the ground, the name of it and its history makes it passable in my eyes.

Two identical terraces at either end coupled with an impressive grandstand make this an interesting place to visit. Not inspiring, and not a lot of character, but the fans inside give it a charm that makes a journey here enjoyable. 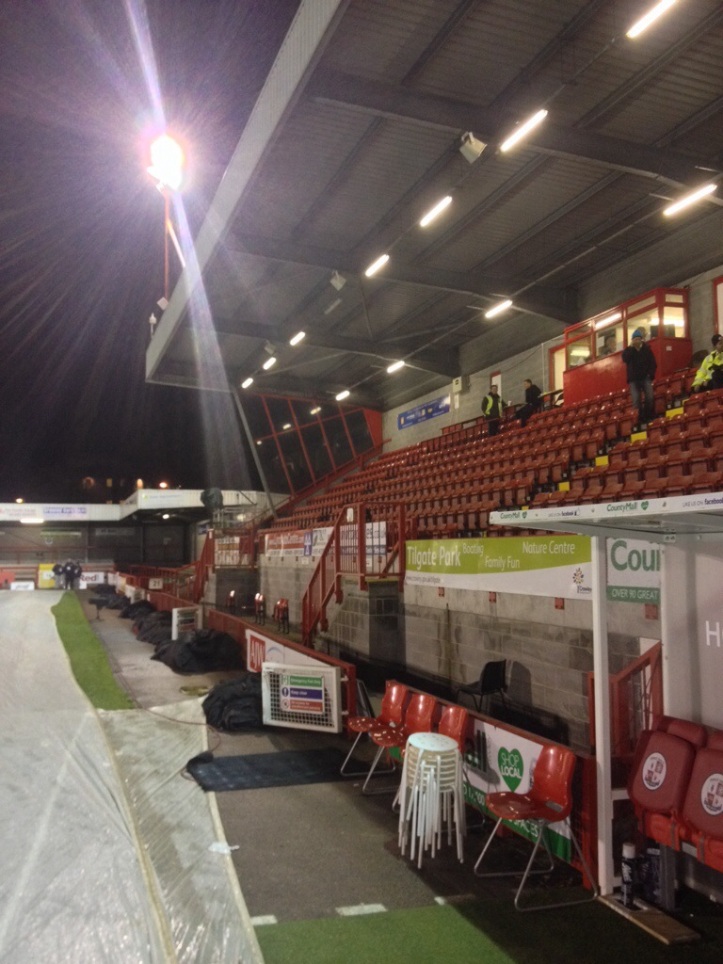 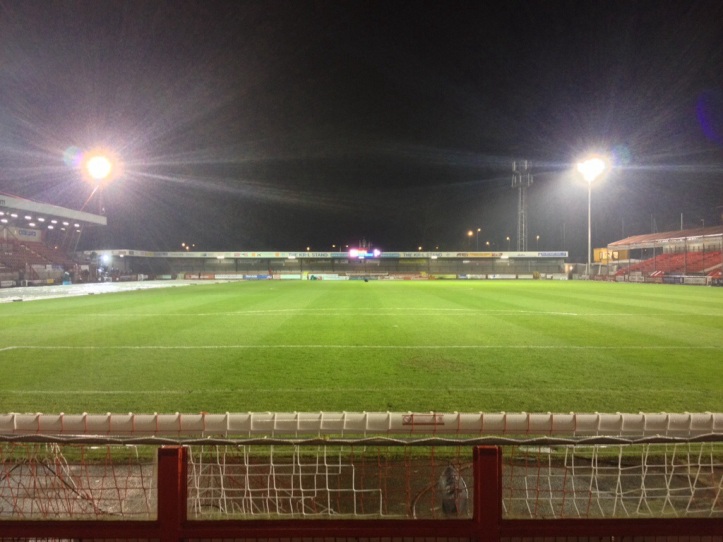 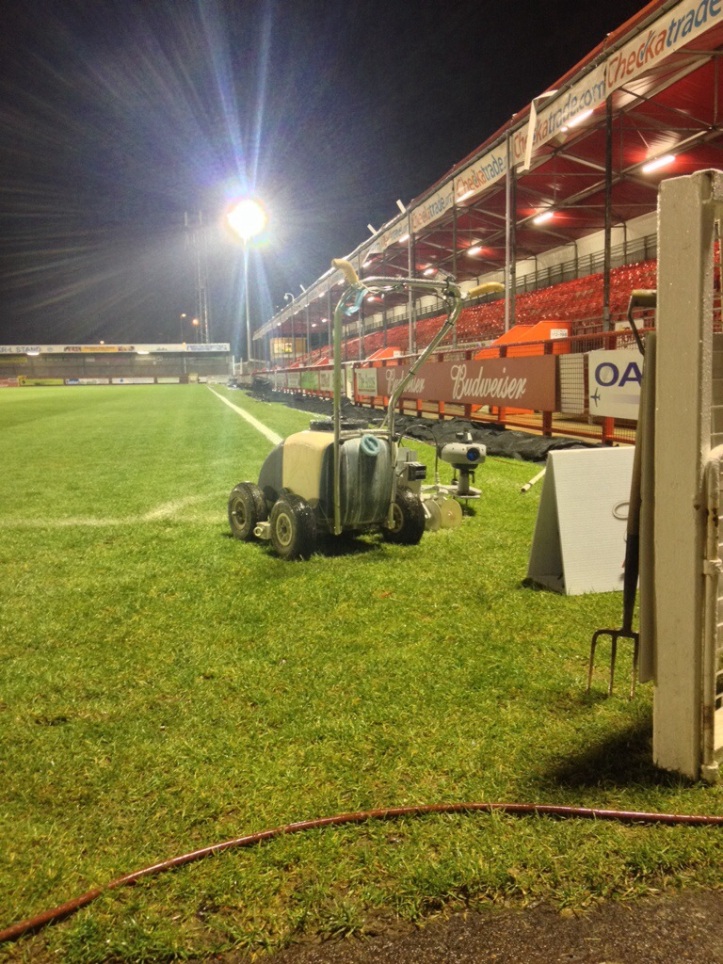 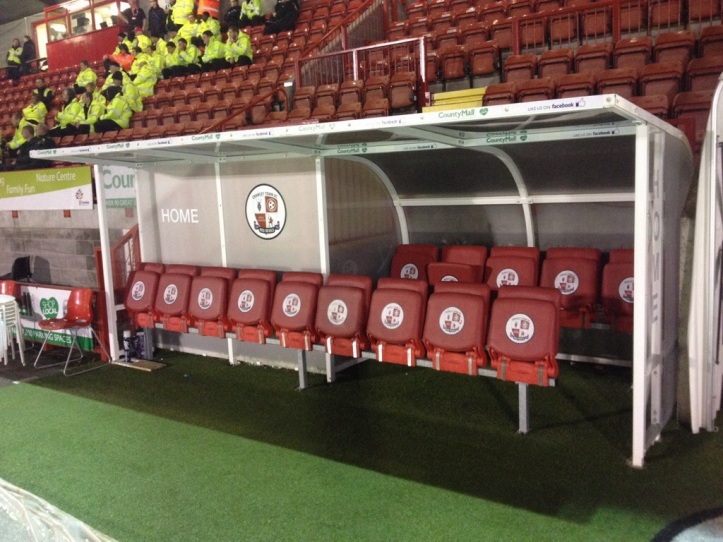 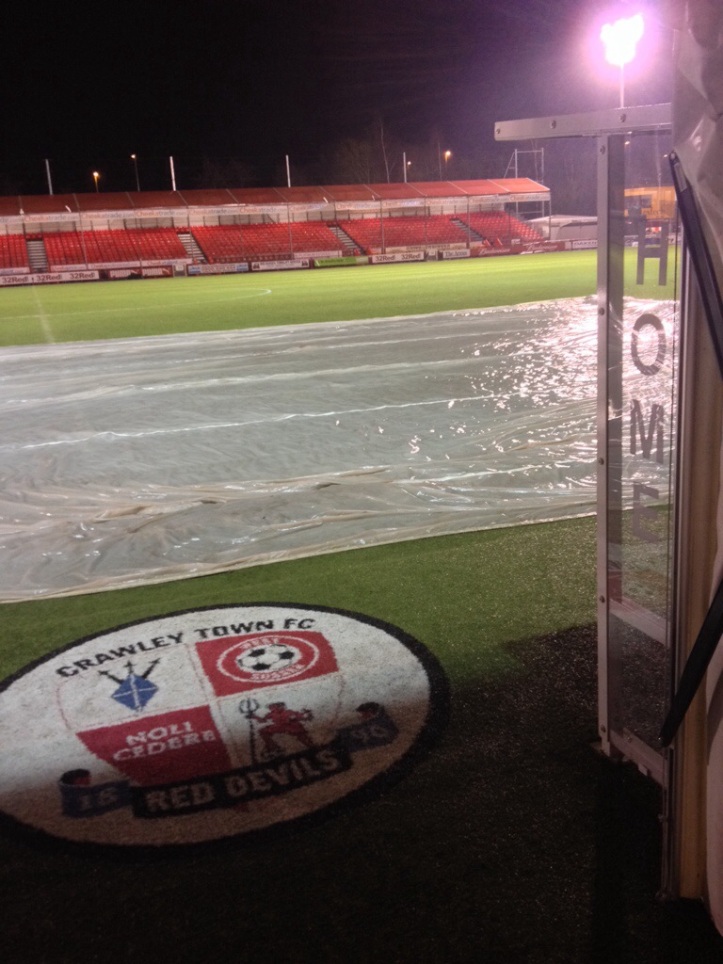 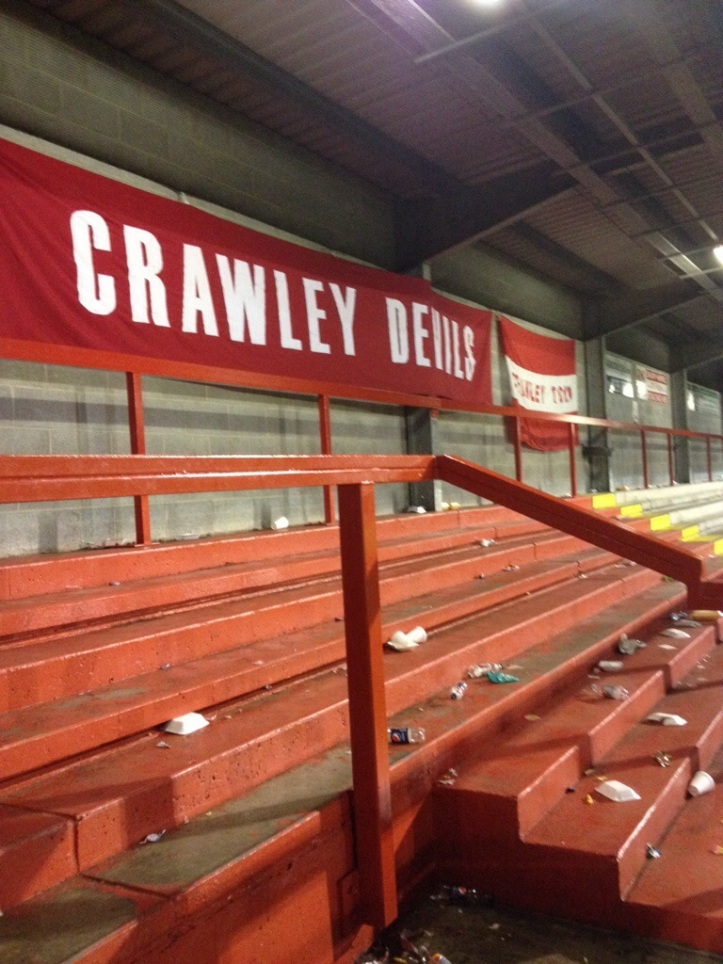