Well wouldn’t you bloody know it! In my last blog I stated that it’ll be a long time until I find a club with staff as pleasant and helpful as Gretna. Oldham Athletic might just top that.

I found myself driving past Oldham rather than to there, but with my sat nav saying that Boundary Park was a mere three minutes from the motorway and with time on my side, I decided to take a quick detour.

I parked up in what appeared to be a deserted car park set aside for staff of the neighbouring hospital. At 7pm on a random weekday night I fancied my chances of parking up for five minutes  uninterrupted. I’d not been out of the car a minute when a little jobsworth in a hi-vis jacket approached to ask what I was doing.

“Just having a quick look at the football ground,” came my hesitant reply. “Are you taking photos of it?” was his response. I’m no expert in law but I know it’s definitely not a crime to take a photograph of a football ground and so I replied affirmatively. “We’ll I’ve got a key if you want to come in.” Well I bloody never! 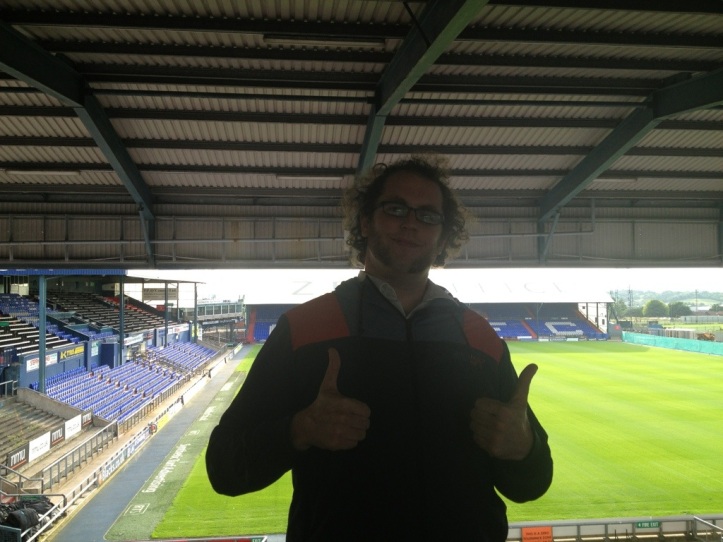 He unlocked one of the exit gates and in we waltzed, straight to the back of one of Boundary Park’s impressively sized stands. The lush green turf laid out in front of us, and we chewed the fat for a good half hour. He’d seen Oldham at well over 100 different grounds and was a proud member of the 92 club (he’s visited every football league stadium).

As for Oldham’s home – it’s impressive. One of their stands has been knocked down to make way for a new one in 2014. Whilst it’s always weird just looking at a pile of rubble, if they keep the character the other three stands possess in spades then this will still be a terrific home to play in. 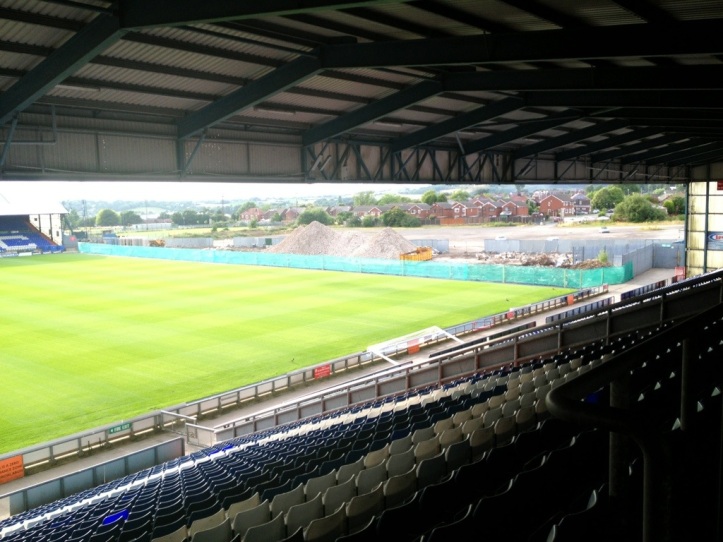 A tiny sliver of terracing remains albeit unused nowadays, and the home end with pillars will make for some awful sightlines, but this is a reminder of exactly what football used to be; beautiful and friendly.

With time ticking away so much I ended up running late but it was well worth it. A top, top bloke whose name escapes me (possibly Ian but probably not) but it was an honour and privilege to meet him. I ended up so late I didn’t have time to get any exterior shots but I’m sure you’ll agree I absolutely struck gold. 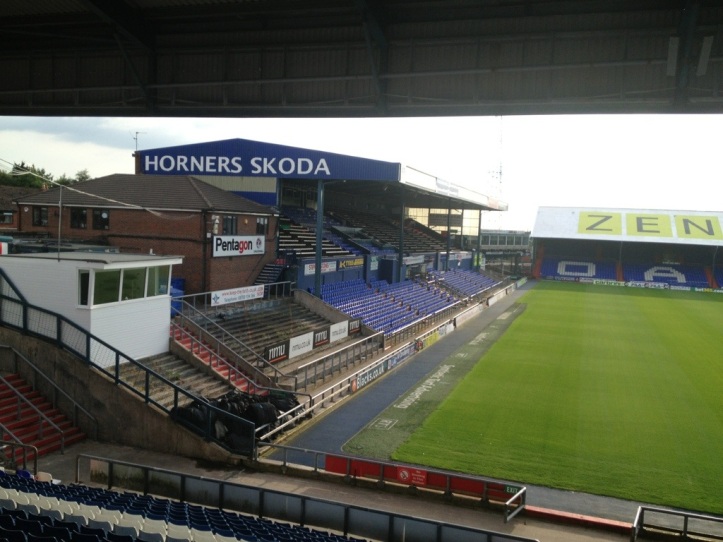 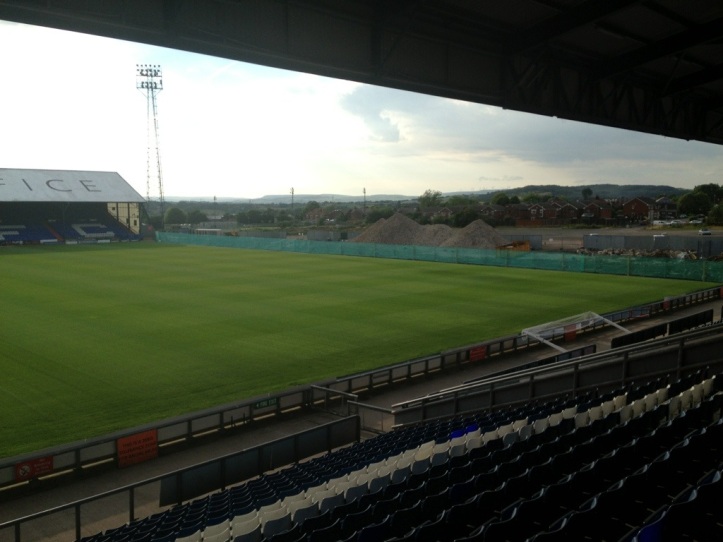 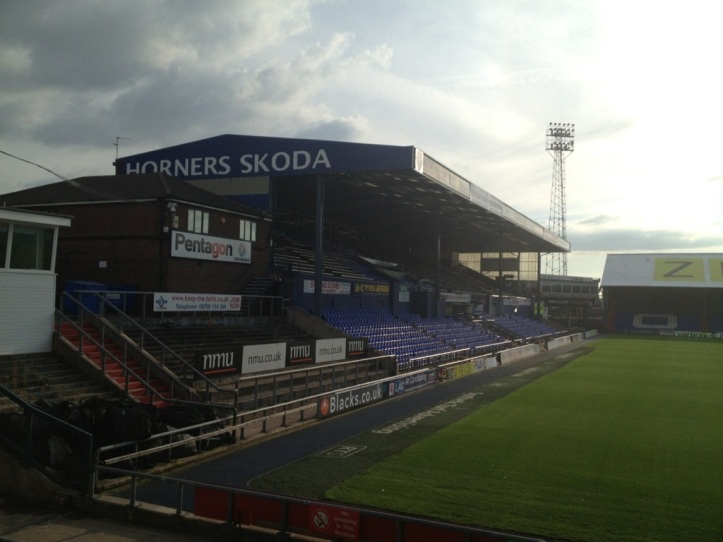 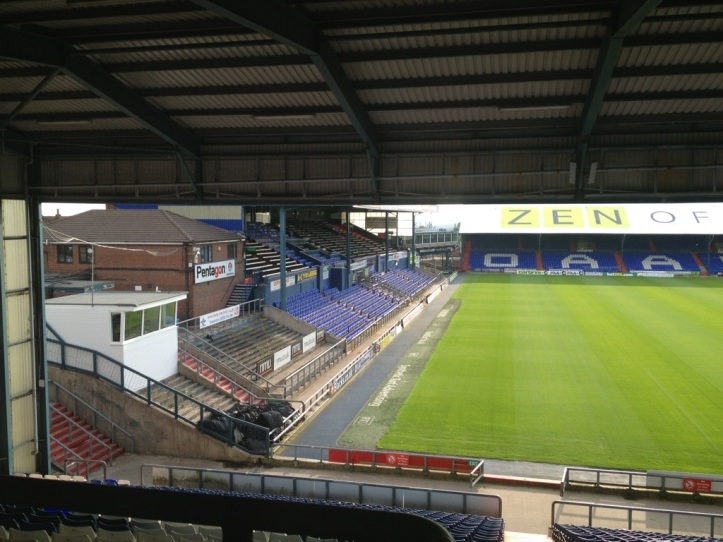 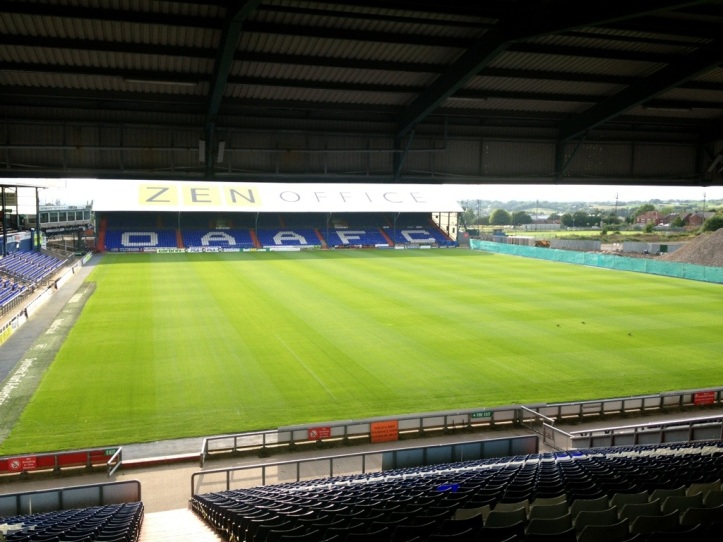